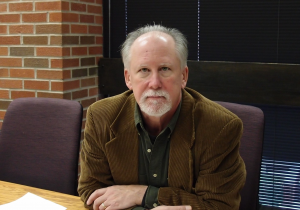 TUSCALOOSA, Ala. – The University of Alabama’s School of Library and Information Studies has named Dr. James K. Elmborg its new director.

Elmborg comes to UA from his professorship at the University of Iowa, where he formerly served as director of the School of Library and Information Science from 2006 to 2011.

At more than $3 million dollars in external funding, Elmborg has an established record of securing grants and managing large-scale, collaborative initiatives. He has made a name for himself in the fields of critical information literacy and digital humanities.

Elmborg received his doctorate from the University of Kansas in 1995. He is the author of two books: Centers for Learning: Libraries and Writing Centers in Collaboration, and A Pageant of Its Time: Edward Dorn’s Slinger and the Sixties.