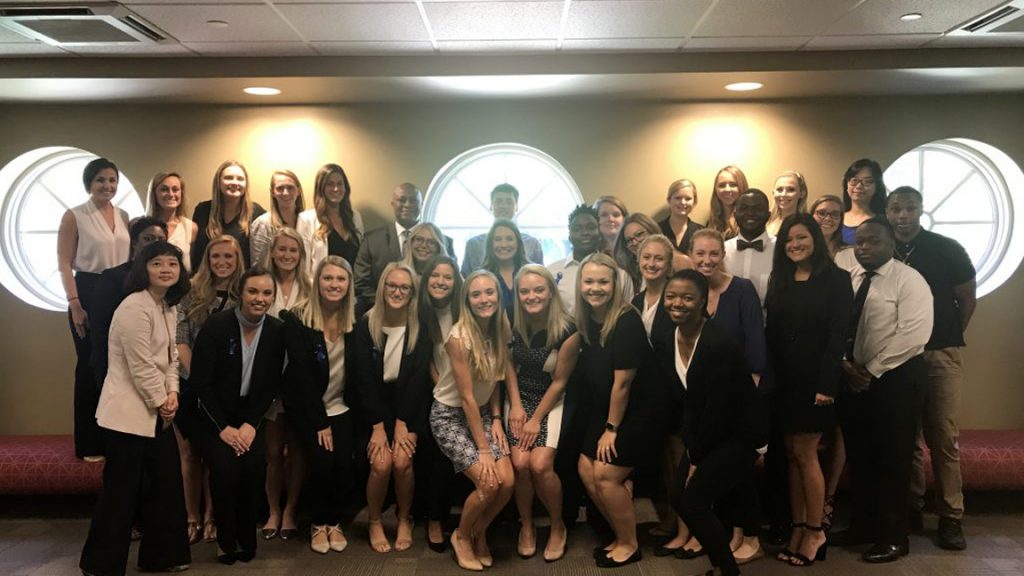 Developed to allow students the opportunity to plan, execute and present a complete public relations campaign, the course typically chooses a new client each semester. This semester, however, the client chose them.

“All of the media spotlight on police violence did affect the Tuscaloosa Police Department,” Dr. Ki said. “So they came to us to improve their relationship with the community, and to improve the tarnished image [of police officers] in general.”

Students in the course were divided into four teams and each team was responsible for creating a campaign aimed at a different target audience. While all of the groups worked with student populations in some way, the students ranged in age from elementary school to college freshman.

The four groups – Crimson Communications, Druid City Firm, Mill Creek Media Management and E&E Public Relations – conducted research on their target audience, created print and digital promotions for the TPD and hosted a community event, all aimed at improving the relationship between police officers and their constituents.

Students were not only competing for an “A” in the class, but also for almost $3,000 in prize money. Money left over from each group’s allotted budget, as well as a portion of the money paid by the Tuscaloosa Police Department, was awarded to the team who best executed its campaign strategy.

After complimenting each of the teams on a job well done, Chief Anderson presented Crimson Communications with the award. He cited the team’s adaptability, social media campaigns and event execution as the reason for the decision, before commenting on the work of the students as a whole.

“The creativity that you all displayed was phenomenal – it exceeded my expectations,” Anderson said of the students. “Although we only had a first runner-up and a winner, everybody’s presentation was great, everybody’s dedication to what we were wanting was great, and you have all created sustainable campaigns that we can put into place and try to keep going at the Tuscaloosa Police Department.”