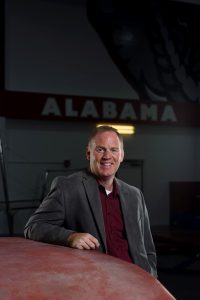 Drs. Andrew Billings and Kenon Brown were awarded a $20,000 grant from the International Olympic Committee to study mobile and second-screen media use for the 2018 Winter Olympic Games.

The grant is selected by the Olympic Studies Centre for priority fields of research identified by the International Olympic Committee as a part of the fourth edition of the Advanced Olympic Research Grant Programme.

Also collaborating on this grant are Drs. Michael Devlin, of Texas State University, and Natalie Devlin, of the University of Texas.

“We can access the Olympics on our phones, laptops and iPads,” said Billings. “The big question we have is: ‘Is mobile making you more likely to watch the telecast in the evening, or is it replacing television viewing?’”

The team will distribute and analyze survey data from Canada, China, Germany, Japan, the United Kingdom and the United States to determine the differences in the Olympic viewing habits from one country to the next.

This research will show the impact of mobile and second screen use upon the viewership of the Olympics as a whole, and could help network producers schedule online content to maximize their audience’s interest. 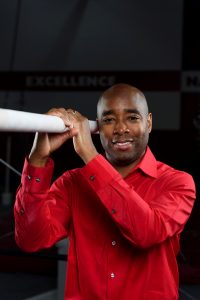 “If you’re ‘consuming’ the Olympics on digital platforms, does that mean that you’re watching the Olympics, that you’re looking at what an athlete just posted on Instagram, or reading a synopsis of what happened at the Games? Those are all very different things,” said Billings.

“We’re trying to figure out if your mobile is your second screen while you’re watching your main screen in your living room, or if the main screen is gone or turned off and people are using their phone or their iPad as their primary screen.”

Billings will travel to Lausanne, Switzerland in September to present a formal proposal to the IOC. Though the project is already approved, the meeting will provide opportunity for feedback from the committee and give Billings access to the IOC’s archives and library collections.