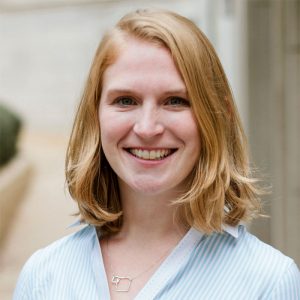 The internet and the advent of the smartphone forever changed the way we explore new relationships, as well as how we end them. Dating apps such as Tinder and Bumble now boast millions of users who are active daily, swiping right (and left) on their next would-be matches.

Recently, her research has focused on what has been coined, “ghosting,” or the sudden end of regular, personal communication between two people, without explanation.

“The first study I did was exploratory and qualitative, talking about what ghosting is and whether or not it’s an issue,” said LeFebvre. “The second study focused more on the non-initiator¹ and how they deal with the suffering, and what mode they find most suffering happening.”

LeFebvre has applied for additional RGC grant funding that would enable a third study, which would look at how the social network of parties affects their likelihood of ghosting, and how it impacts their ability to create or reduce empathy for the non-initiator. Her hypothesis: the more mutual friends you share, the less likely you are to ghost.

LeFebvre’s research also encompasses dating apps and how their arrival has changed the dating scene for millions of people. Her interest covers the use of them and how users deal with rejection that can often be associated with them. Unlike some, LeFebvre does not view them as the end of a polite society.

“The issue of people wanting to be in relationships has always existed,” said LeFebvre, “We just have more avenues to correct that now. Some researchers have said that the next generation is already broken, but every generation has new issues and hurdles, and this generation is sorting through this one. I think they’ll be just fine, but they may have different obstacles to work through.”

LeFebvre prefers to think about dating app usage as having advantages and disadvantages. Dating apps certainly connect you to more people than you are likely to meet in your day-to-day routine, and they streamline the process, which can save time. As far as disadvantages, when meeting up with matches you do not know, safety is a concern, but meeting in public places and keeping your friend network in the loop can help prevent incidents.

The College of Communication and Information Sciences’ faculty and students at The University of Alabama conduct cutting-edge research that creates knowledge and provides solutions to global issues across the full communication and information spectrum. To learn more about its research initiatives, visit cis.ua.edu/research.

¹The non-initiator is the person in a relationship who does has not initiated the break in regular communication. They are the target of ghosting.