A Journey For Truth

Discovering the People Behind “the Media” 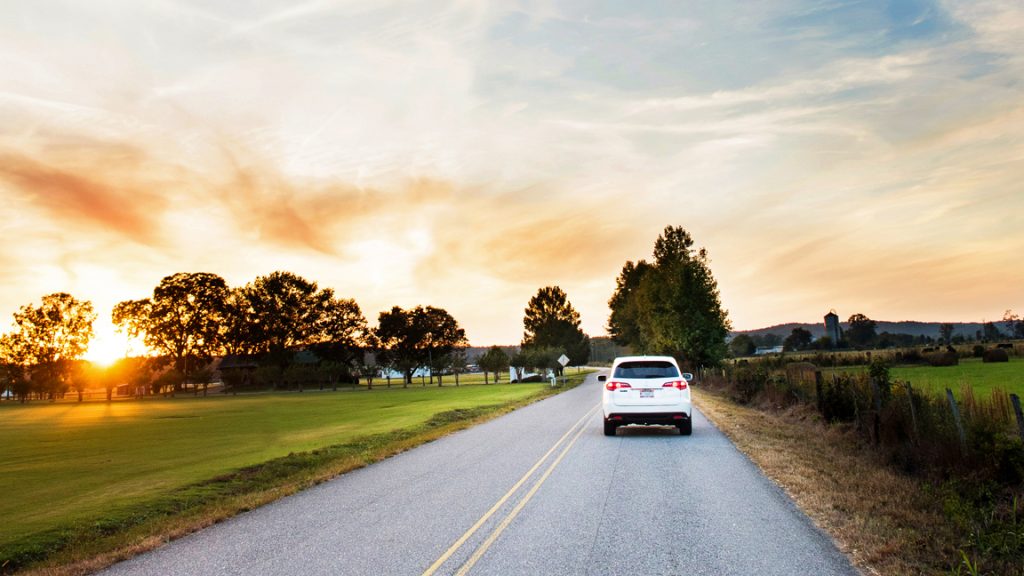 For Meredith Cummings, the media is a collection of people­—male and female, rich and struggling, liberal and conservative, optimists and pessimists—working as copywriters, editors, producers, broadcasters and radio personalities. The 20-year news media instructor knows it is virtually impossible to put them all into a box, and she does not try. Instead, she ventured out on a road trip to discover the people behind the media who have, over time, become a faceless, nameless entity used to group together all journalists. Along her journey, she interviewed more than 100 people so she could bring their stories back to the classroom.

“I always loved long road trips,” said Cummings. “I would go and visit former students and friends at different news stations, and I always thought it would be cool to go from outlet to outlet, visiting different people, but I could never afford it.”

When The University of Alabama’s Innovation Team put out a call to fund Innovation Projects, Cummings jumped at the opportunity. She was looking to incorporate new content into her classes, so she pitched the idea to take a road trip across the country, interviewing the many faces who make up the media.

For the next ten months, Cummings drove nearly 10,000 miles across the United States. At each stop, she interviewed a representative, asking general questions about the news outlet, its culture and news as a craft. In all, she visited more than 25 news outlets, stopping in places such as Virginia, New York, Texas, New Mexico, Arizona, California, Oregon, Utah and Colorado. She hopes her first-hand experience with these stories brings truth and inspiration to her classrooms of aspiring news media professionals.

“It really all started with the phrase, ‘the media,’” said Cummings. For her, the phrase does not tell the whole story. “My students use it, and I hear the public use it all the time. I understand why, but I challenge them to tell me what kind of media they’re talking about. Be specific. Are we talking about a national website, a local radio broadcast, a weekly or daily newspaper—who is doing this?” she said. Cummings believes the phrase, ‘the media’ contributes to the public villainizing journalists and she desires specificity.

Much like the proverbial “they,” “the media” does not address anyone in particular. It is easy to distrust “the media” when you are not mentioning an exact organization, person or story. This creates a built-in excuse for selectively doubting news coverage. In its entirety, the media is millions of people from many different walks of life. The experiences, world views and personal beliefs of every single media professional impact how they interpret events and how they tell stories.

Cummings collected stories from people like T. J. Johnston, assistant editor of Street Sheet, a publication of the Coalition on Homelessness in San Francisco. He discovered journalism in a free class offered through a local media coalition. Not long after starting at Street Sheet, he fell on hard times and found himself
in the situation of his audience: homeless. He’s been living in the shelter system ever since.

Or take Tom Arviso Jr., for example. He is the Chief Executive Officer and Publisher at The Navajo Times in Window Rock, Arizona. His entire staff, including himself, is Navajo American Indian. An old-school journalist, he takes great pride in the quality of work his staff produces as they cover both tribal-specific issues and other news in the area.

Cummings also visited larger outlets such as Buzzfeed, Sports Illustrated and Bleacher Report. From station to station, she documented stories and put a face and name to “the media,” regardless of the outlet’s size. Introducing the writers, producers and broadcasters behind the news humanizes media professionals, helping to earn the public’s trust.

When Cummings began her news tour in Fall 2016, the national context for media distrust reached a boiling point.

“The media has always had a contentious relationship with politicians—that’s nothing new,” said Cummings. “But I felt like the climate for the public had changed with the media.”

In election years, polarizing opinions seep into everyday conversations, and hot-button issues can separate people of different worldviews. The 2016 presidential election was no exception. As an almost overnight sensation, “Fake News” appeared everywhere. The rebirth of this term appeared to exacerbate the public distrust of news outlets.

“We have to be very careful when we are teaching our students what fake news is, because there are different levels of fake news,” said Dr. Chandra Clark, assistant professor of journalism and creative media. Clark’s research includes the topic of fake news.

According to Clark, fake news operates in at least three main areas. First, fake news exists when people make up stories with no validation in an attempt to effect change or profit from generated web traffic. Stories lacking fair objectivity and balance is another form of fake news—even if elements of the story are true, a selective rendering of factual information misleads readers. Last, fake news can be the result of poor reporting. Even well-trained reporters can be sloppy with one fact, making the whole process look dishonest.

While the branding and popularity of fake news may be recent, it is not a new phenomenon. At the end of the 19th century, for example, Joseph Pulitzer and William Randolph Hearst grossly sensationalized the explosion of the USS Maine to increase circulation of their newspapers, the New York World and the New York Journal. Many historians attribute these events as a major factor leading to the Spanish-American War. While these exaggerated stories were not wholly accurate, that did not stop the public from believing them. Such has always been the case.

Much like the generalized use of “the media,” fake news poses a problem for the news industry. In the most recent cycle of fake news hysteria, it is not that people are frequently finding stories to be false, eroding their confidence in major news outlets; it is that people use the concept of fake news as a smoke screen to discredit news they do not like.

“People tune into conversations that they already agree with to have their biases confirmed,” said Dr. Chris Roberts, associate professor of journalism and creative media. “There’s even research out there that shows that people don’t trust ‘the media,’ but they trust ‘their media.’”

These biases are not unnatural. Consumers identify with different networks based on the voices and perspectives they share. To further complicate the bias, most national, television news organizations stack their programming with news broadcasts in the prime time slots and fill the spaces in between with opinion-
based shows where current events are discussed. When the casual media consumer tunes in to the station they prefer, the lines can blur between what is news and what is commentary.

Much of talk radio is not about delivering the news so much as it is talking about what The New York Times, The Washington Post, Fox News or somebody else said in its reporting,” said Roberts. “That’s how you handle filling 24 hours in a 24-hour news age.”

The confusion caused by program scheduling is not considered fake news, but it can still produce distrust in news reports, because opinions are not held to the same standard as news columns and televised broadcasts. A radio personality’s opinion on an issue may sway their audience to one side or the other without presenting any new information. When audiences interpret this commentary as news, opinions drive the narrative rather than the facts.

These problems make the task of educating the next generation of news media professionals that more urgent. For Cummings, this task begins where her road trip ends: the personal stories of her media connections.

“The journalists I talked with are hard-working men and women who want to tell great stories about their own communities in context and ethically,” said Cummings. “More often than not, these are people who work difficult hours and go home to cook dinner, take care of their kids and fall into bed exhausted before starting again the next day.”

In the classroom, highlighting the individual journalist can change the perception of the media as a whole. When students hear the personal voices and unscripted thoughts of news professionals talking about the news business, it personifies the industry and adds color to a black and white field.

“The general public might be surprised to find that, in most situations, journalism is a solitary task,” said Cummings. “The big, evil media, as it is often portrayed, is made up of individuals who are passionate about their careers and think of their job as chronicling American history, one story at a time.”

As Cummings pulled back into Tuscaloosa and shifted gears from traveling to teaching, she began implementing her experiences by restructuring classes. Her travels were specifically designed to create new content for her Foundations of Journalism and Social Media class, JCM 200.

“I want to give my students a sense of what newsrooms are actually like,” said Cummings. “While Skype is good for journalists to talk to my students, it doesn’t bring the atmosphere to life for them.”

The interviews collected by Cummings play a vital role in giving students a feel of the variety of newsrooms across the country. They illustrate a genuine image of the news industry, using testimonies from the people behind the scenes.

“From an instructor’s perspective, I love doing innovative projects in my classroom,” said Cummings. “It’s crucial that we try creative things in the classroom even if that means failing first. It beats a boring PowerPoint any day.”

With her journey behind her, Cummings looks ahead to her next opportunities. She has hinted at writing a book which documents her experiences. But, for Cummings, this trip has reinforced a simple and important truth: behind every column, broadcast, radio segment and interview, there is an individual person with a story to tell.

Meredith Cummings recently summarized the 10,000+ mile journey she began over one year ago. To read the summary of her experience, click here.