“Preparing to compete on the national stage is nothing short of intense,” said Drummond. “I spent hours perfecting my delivery, researching current events, and practicing with some of the most respected coaches in the nation. It is definitely grueling; however, the laborious preparation definitely pays off when you hear your name shouted as the national champion.”

Drummond’s topic focused on the 2014 shooting of Michael Brown in Ferguson, Missouri, and an Obama Administration report that sheds light on details of that day. Drummond’s speech attempted to address and combat fake news and emphasizes the need for truth in reporting.

The AFC entered 24 students in 66 events and advanced nine students in 15 events to quarter-finals, five students in six events to semi-finals, and three students in four events to the final rounds of competition. AFC finished in fifth place out of 63 competing schools for the second year in a row.

“The fifth-place finish of the AFC at this year’s National Speech tournament is a testament to the hard work and dedication of the students and staff,” said Bobby Imbody, Director of Forensics. “All of the students did the hard work required to be great, and it shows. More importantly, our students tackled hard topics and spoke truth to any and all audiences in an effort to make their world a better place more than any year before.” 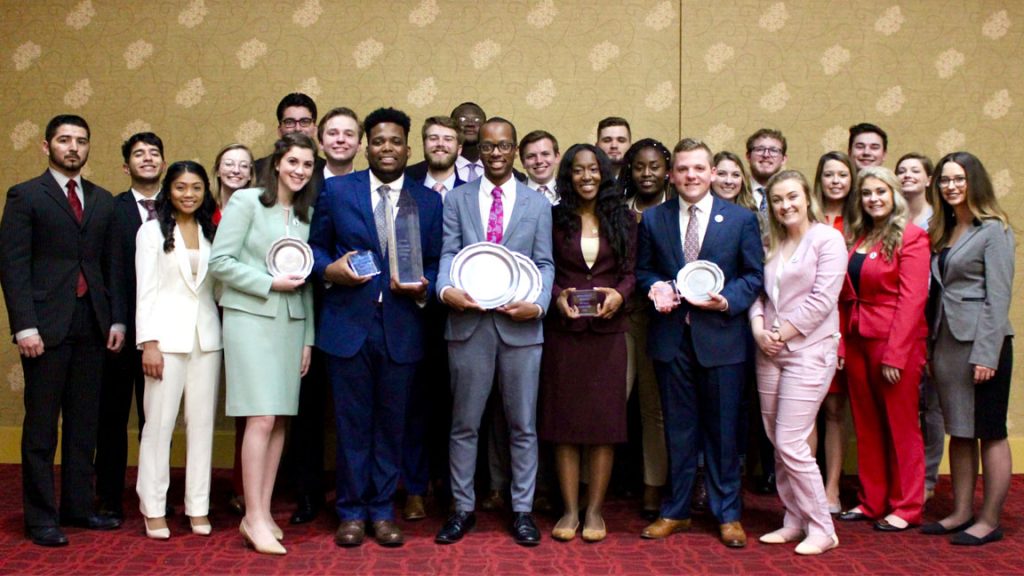 The AFA-NIET is the most competitive national forensics tournament in the nation with the most rigorous qualification process of any intercollegiate forensic tournament. For a full list of student winners, see below: