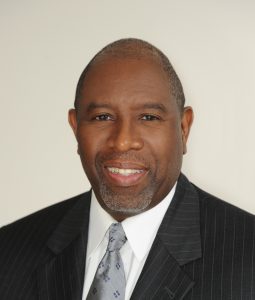 In an effort to address the issue of dwindling trust in the media, the Society of Professional Journalists has named veteran journalist and University of Alabama alumnus, Rod Hicks, as its first Journalist on Call. SPJ’s Journalist on Call is a unique, three-year position, developed and funded by the Sigma Delta Chi Foundation.

“We had many outstanding candidates for this position. Rod’s experience, enthusiasm and ability to communicate with people from all walks of life make him perfect for this role,” said Alison Bethel McKenzie, SPJ executive director. “He brings an abundance of great ideas to the table, and we are eager for him to begin this important work.”

Hicks, a native of Birmingham, Alabama, has experience at numerous news organizations across the country. Most recently, he served as an editor for The Associated Press at its Philadelphia-based East Regional Desk, which manages news coverage in 10 states. In this role, he worked on several major national stories including the Sandy Hook school shooting in Connecticut, the Boston Marathon bombing and the sexual assault trials of Bill Cosby.

Hicks will serve as something of an ombudsman, helping journalists understand why the public doesn’t trust them and what they can do to re-earn more trust. He will also spend time with the general public, local officials and community groups to explain the important role ethical journalism plays in society. A great deal of the focus will center on how the media and public can work together in crisis situations. He will begin July 16.

“We live in a time when distrust of the press is at alarming levels. Democracy depends on civic engagement, and civic engagement should be built on a foundation of truth. We need someone to help calm the waters, build bridges and be a resource to both public and news media. Rod is the right person to do this,” said SDX Foundation President Robert Leger.

Hicks graduated from The University of Alabama in 1985 with a bachelor’s degree in Advertising.