The Hardest Working Person in the Room 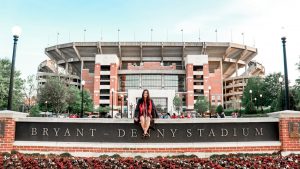 In 2019, PRWeek named Alana Doyle the Public Relations Student of the Year. But what you may not know is that four years earlier Doyle didn’t even know what public relations was.

Doyle came to The University of Alabama from Scottsdale, Arizona in search of something new, something different. As someone who loved public speaking, she knew she wanted to do something in the field of communication; she just didn’t know what that was. As chance would have it, her work study placed her in the advertising and public relations department’s main office. She did not know it then, but that twist of fate would change her life forever.

“As a freshman undesignated communication student, I felt like I was learning many wide-range communication skills, but none of them honed me in on a specific role,” said Doyle. “After deciding on PR, I fell in love with the program, the faculty and the unique competitive/supportive student culture where everyone is genuinely excited about one another’s success.”

According to Doyle, everyone in the advertising and public relations office soon became her family. She bounced ideas for school projects off of the staff members in the office, Lisa Myrick and Darlene Smith. She asked department chair, Joseph Phelps, to proof emails and look over her work. In fact, Dr. Phelps would be the second person she notified that she had been selected as a finalist for the honor from PRWeek. 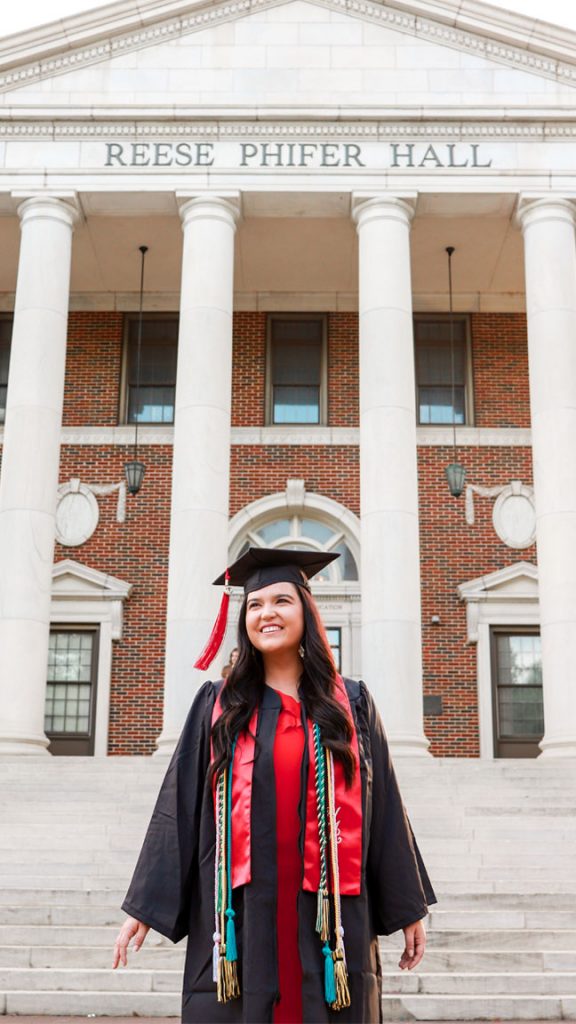 “When I found out I had been selected as a top-five finalist for the PRWeek student of the year, I called my dad and then I called Dr. Phelps,” said Doyle. “Of course, then I called my mom and everyone else, but as someone who really watched me and helped me grow, I had to let him know right away.”

When she was building her PRWeek campaign submission, Doyle wanted as much insight as she could get. She turned to her PR family to help her prepare. Like all good families do, they supported her. She asked Tracy Sims to proof her campaign for potential AP Style errors, shared her creative concepts with Susan Daria and asked former PRWeek student of the year, Maret Montanari, to look it over, as well. Then, having been selected as a finalist for such a prestigious, national award, one thing remained: the final pitch.

“Mark Barry helped me prepare for the final two-minute pitch,” said Doyle. “He gave me several tips, but then he told me this, ‘The person who prepares the most is going to be the one who wins.’ So, I said okay. I’m going to be that person. I may not be the smartest or most involved person in the room, but I can definitely be the hardest working.”

In the five days before her final pitch, Doyle wrote down as many questions as she could think of and asked her friends to grill her with brutal criticism and harsh questioning, all in preparation to respond to whatever feedback she received. She pored over her presentation, again and again, until it was perfect.

And all of her hard work paid off. Not only was she honored as the nation’s top PR student, she’s also already secured a job. After graduation, Doyle will move to New York as a Media Coordinator for Ketchum’s global media network. The young woman who years before asked her colleagues to explain what public relations was, will be working for one of its biggest names in one of the country’s largest cities. As she takes on the next challenge, she leaves her University of Alabama PR family behind, but she will take all of what she’s learned from them to New York, along with all of their support.

The College of Communication and Information Sciences (C&IS) at The University of Alabama develops global leaders who do the extraordinary across the full communication and information spectrum. To learn more about C&IS, visit cis.ua.edu/