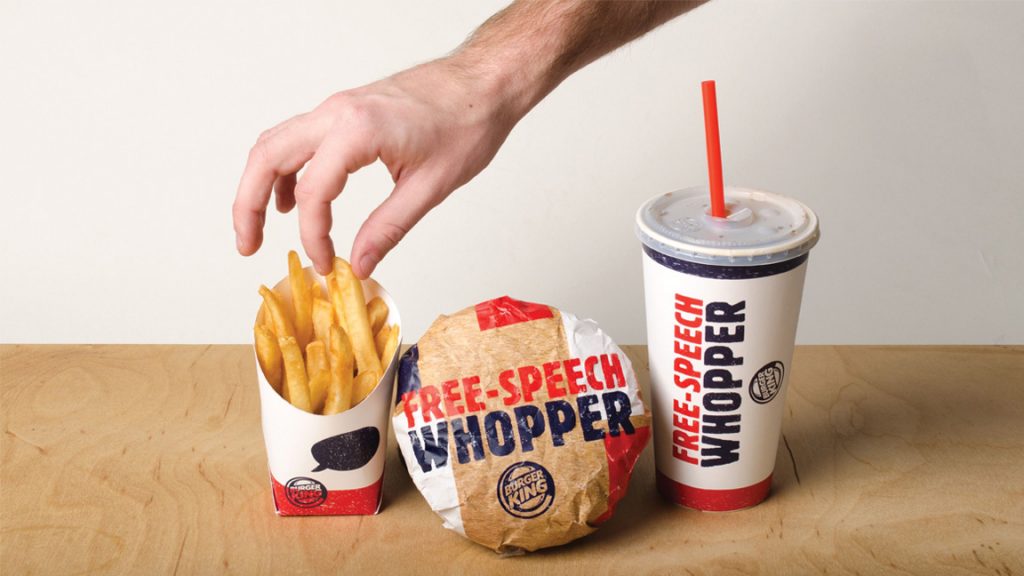 A student team from The University of Alabama’s College of Communication and Information Sciences (C&IS) has been awarded a Bronze Pencil Award from the One Club’s Young Ones competition.

The team includes C&IS students Ramsey Chandler, Isabella Hardt, Blake Rozas and Rachel Williams, and is the second team from C&IS to win a Young Ones Bronze Pencil in the past four years.

“A ton of dedication and effort goes into making something that can compete at this exceptionally high level,” said Mark Barry, assistant professor of advertising and public relations and director of Minerva, the creative advertising specialization at C&IS. “I’m incredibly proud of all the students who entered work in the Young Ones competition this year and am excited to be able to celebrate their hard work like this. Every one of our teams entered smart, well-executed campaigns, and I’m thrilled that the Burger King team won a pencil. It’s a huge win for these young advertising creatives.”

The Young Ones is an international student creative competition put on by The One Club for Creativity in New York. According to Barry, a pencil award from The One Club is one of the most prestigious awards in advertising, similar to winning an Oscar in the film industry.

For this year’s competition, the One Club issued eight client briefs. UA’s winning student team selected the brief for Burger King, which asked for a memorable campaign that uses digital coupons, targeting 18- to 24-year-olds. For this brief, only seven campaigns were awarded pencils (one gold, three silver, three bronze).

“Once we got the brief back in January, we knew that we wanted to create a campaign that really stood out,” said Isabella Hardt. “After extensive research into all things Burger King, we came across a petition against Burger King and saw the opportunity right in front of us.”

The team spent countless hours poring through Reddit threads, Facebook posts and any tweets mentioning Burger King. They stumbled upon a petition launched by the organization One Million Moms which is a division of the American Family Association, a self-identified “pro-family organization.” The petition urged Burger King to edit or remove an advertisement that contained the word “damn” in a customer’s response to the Impossible Whopper.

This petition gave the students an idea. Their concept would let Burger King customers purchase a “Free-Speech Whopper” through the company’s mobile app. With their purchase, they would be able to name their Whopper whatever they wanted. Customers would order a “____ Whopper” and a portion of the proceeds would go to benefit the American Civil Liberties Union (ACLU). Click here to view the team’s submission.

“A year ago, I had a chance to go to the Young Ones award show and the one thing that became apparent was how it was the same few schools that won every award,” said Blake Rozas. “We wanted to prove that creativity isn’t limited to portfolio schools. Sometimes, a group of four undergrads in Tuscaloosa can compete and win.”

The One Club released a list ranking the participating institutions based on their teams’ performance in the Young Ones competition. Most of the schools on the list are either private, international or independent portfolio schools. The University of Alabama is the second-highest ranked public university (Kean University, New Jersey).

Other campaigns submitted by Minerva students are listed below.

Do It For The Cheers
Michelob Ultra
Emily Charbonneau
https://charboncopy.com/michelobe-ultra

Minerva is the creative advertising specialization and portfolio program at The University of Alabama’s College of Communication and Information Sciences. For more information on Minerva, visit uaminerva.com. To learn more about C&IS, visit cis.ua.edu.