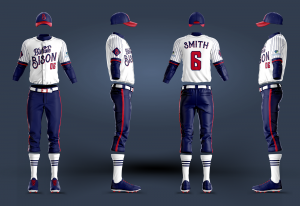 C&IS students were recognized for their hard work and creativity during the 2021 American Advertising Awards celebration last week, taking home a total of 17 awards from the competition.

The annual American Advertising Awards ceremony took place virtually on the evening of Friday, February 26 and celebrated the outstanding work of students, agencies, corporations, nonprofits, universities and freelancers from Tuscaloosa and surrounding cities.

Fourteen undergraduate students from Minerva, C&IS’ creative advertising portfolio program, received awards at the event. Out of the 18 awards offered at the student level, students from the program took home two gold, 8 silver, all four of the Judge’s Choice awards and the Best of Show award.

“Winning an American Advertising Award is a very public acknowledgment of a student’s dedication and hard work,” said Mark Barry, director of Minerva. “The competition is strong and the work has got to be good to win something at this level.”

In addition, two C&IS graduate students were also awarded with silver and gold ADDYs during the ceremony.

The gold and silver awards recognize entries that demonstrate creative excellence. Best of Show is awarded to the student whose submission is determined to be the best overall in the student category of the competition. This year’s submissions were judged by professionals from Chicago, Montana, South Carolina and Tennessee.

Students who won at the local level will now be entered into the district American Advertising Awards competition.