C&IS students and staff from the Center for Public Television (CPT) recently won two Emmy awards at the Southeast Emmys.

The Southeast Emmys are awarded by the Southeast Chapter of the National Academy of Television Arts and Sciences organization. The annual awards include entries from Alabama, Georgia, Mississippi, South Carolina and Asheville, North Carolina. 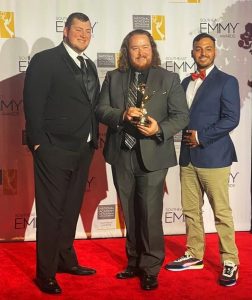 In addition, CPT was nominated in the following Emmy category:

A version of this story was originally published in UA News.