At the College of Communication and Information Sciences, students are encouraged to create their story and dream big. For many C&IS and UA alumni, these dreams become reality, and they go on to do extraordinary work in the communication, information and media fields. This especially holds true for four graduates, who have all gone on to serve as anchors and correspondents for major news networks across the country. 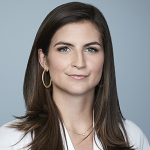 Kaitlan Collins earned her bachelor of arts degree from C&IS in 2014 with a major in journalism and a minor in political science. Today, she serves as a co-host of CNN This Morning alongside Don Lemon and Poppy Harlow.

Previously, she served as CNN’s Chief White House Correspondent based in Washington, D.C. and covered critical stories for both the Biden and Trump administrations, including stories about major staff departures and policy decisions.

After graduating in 2014, she moved to Washington, D.C. to work for The Daily Caller as an entertainment reporter. Her coverage of the 2016 presidential election earned her a position as The Daily Caller’s White House press correspondent in 2017. She was invited to appear on CNN several times, and in July of 2017, she was hired to join the White House team at CNN. 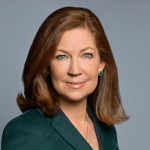 Jan Crawford earned her bachelor of art’s degree from C&IS in 1987 with a news editorial major. Today, she serves as the chief legal correspondent for CBS News, and a recognized authority on the U.S. Supreme Court. Crawford regularly appears on popular news shows such as the CBS Evening News, Face the Nation, CBS This Morning, and CBS News Sunday Morning, and led CBS News coverage of the 2012 presidential election.

While at UA, Crawford was on “Debate Squad Alabama.” After graduating in 1987, she became a reporter for the Chicago Tribune. She graduated from the University of Chicago law school in 1993, and then began covering legal affairs for the Tribune, including covering the Supreme Court. While at the Chicago Tribune, Crawford was awarded their top reporting award for her work on a 13-part series documenting the south a generation after the Civil Rights Movement.

In 1998, Crawford began providing legal analysis of the Supreme Court for The NewsHour with Jim Lehrer on PBS and served as the Supreme Court analyst for Face the Nation on CBS. In 2007, Crawford served as senior legal correspondent for ABC. In 2010, she began working for CBS with a blog, “Crossroads,” before assuming the position she holds today. 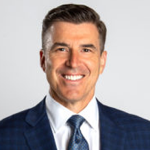 Rece Davis earned his bachelor of arts degree from C&IS in 1988 with a major in broadcast film and a minor in communication. Today, he is best known as the host of ESPN College GameDay, the longest-running and most-celebrated college football pregame show on television.

While a student at the University, Davis worked as an intern doing freelance television play-by-play announcing, studio hosting, and working as a radio personality for media outlets throughout the state. Davis began working as a reporter for WCFT-TV in Tuscaloosa in 1987 before graduating in 1988.

After graduation, Davis moved to Columbus, Georgia, and served as a sports reporter, lead weekend news anchor, and sport’s director at WRBL. He then moved to Flint, Michigan, in 1993 where he worked as a sports anchor and reporter at WJRT-TV. While in Michigan, Davis gained the attention of ESPN and moved to Bristol, Connecticut, where ESPN is headquartered, in 1995.

Davis held several roles within ESPN before serving as an anchor on SportsCenter, covering sports including basketball, horse racing and soccer. In 2015, Davis signed a multi-year contract with ESPN to take over as host of College GameDay, the longest-running and most-celebrated college football pregame show on television. 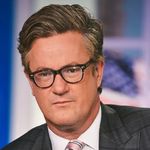 Joe Scarborough earned his bachelor of art’s degree from the College of Arts and Sciences in 1985 with a history major. Today, he is an American television host, attorney, political commentator and former politician who is the co-host of Morning Joe on MSNBC.

After graduating in 1985, Scarborough went on to earn his juris doctor from the University of Florida College of Law in 1990. Beginning in 1994, Scarborough served four terms in Congress as a member of the House of Representatives for Florida until 2001.

Upon leaving Congress, Scarborough worked as an environmental lawyer in Florida. He first began his television career in 2003 with the launch of Scarborough Country on MSNBC. In 2007, he began hosting Morning Joe.

The three C&IS alumni, along with UA alumnus Joe Scarborough, showcase the presence of The University of Alabama on a national stage. Each serves as a host, anchor or correspondent for well-known news shows presented by leading networks across the country. They each prove that experiences and opportunities available at UA and within C&IS prepare students to create and live their story.