About the Holle Awards 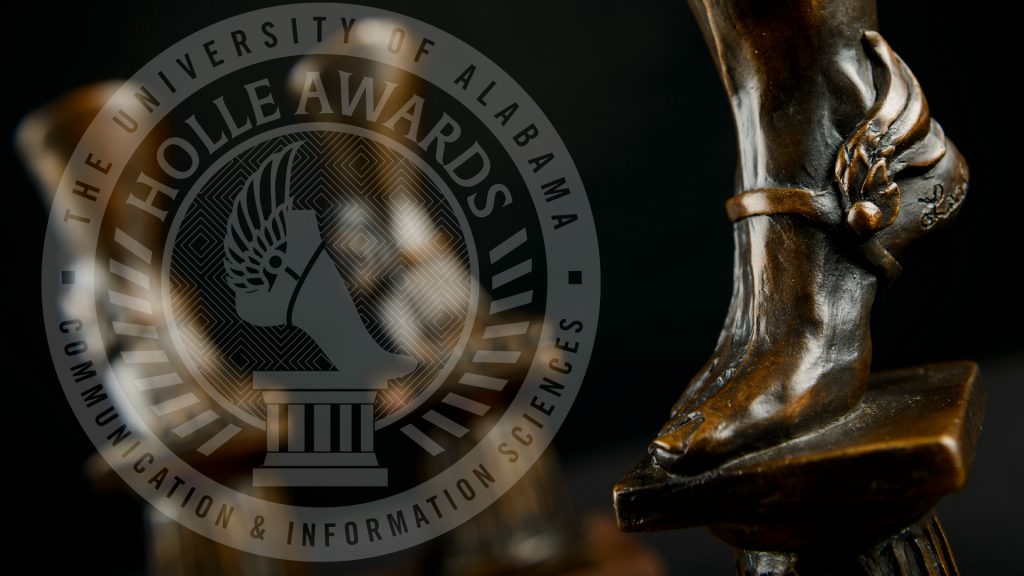 About the Holle Awards

The Holle Awards for Excellence in Creativity and Communication are designed to celebrate and reward student achievement in the areas of book arts, filmmaking, forensics, media writing, public speaking, screen writing and sports media. These annual awards include a $10,000 prize for the winner of each category.

The Holle Award for Excellence in Book Arts is awarded annually for work that demonstrates both conceptual strength and exceptional craft skills. The work may include hand bookbinding, letterpress printing, mixed media including digital printing and various art printing technologies, and hand papermaking. Applications will be evaluated on the following criteria: the integration of form, materials, and content within the bookwork, and a strong statement of purpose that articulates an artistic vision and potential for professional leadership in the field.

Holle Award for Excellence in Filmmaking

The Holle Award for Excellence in Filmmaking honors the director of the best narrative or documentary short film made by an undergraduate student. Successful submissions are films that demonstrate artistic excellence through creative storytelling, emotional resonance, ambition and an engagement with larger themes. Ideally, projects will be tightly connected to the distinct lived experiences of the director. The top five films selected by the Holle Award judges will automatically be programmed in the Black Warrior Film Festival at The University of Alabama.

The Holle Award for Excellence in Forensic Competition is awarded annually to the winner of the individual sweepstakes award at the Invitational Tournament hosted at The University of Alabama.  This award recognizes excellence across the spectrum of individual event forensic competition as it awards the competitor who performs best in each genre:  Literary Interpretation, Limited Preparation and Public Address.  In addition to excellent presentation skills, this award demonstrates a nuanced mastery of critical thinking, persuasion, quick interpretation and dissemination of information, and artistic performance.

The Holle Award for Excellence in Media Writing is awarded to the author of exceptional news stories written for class or campus media assignments, internships, jobs or freelance work. Students must submit three single-authored news stories, and each story must be at least 800 words in length. Though “news” is not defined here in a specific way, it is expected that a news story will be non-fiction and will reflect topics and issues that are relevant to society. Submissions may be enterprise reporting, feature stories or sports stories. Entries must have been written while the applicant was a student at UA.

Holle Award for Excellence in Screenwriting

The Holle Award for Excellence in Screenwriting is awarded annually to students who create an original script. The script must be in proper format, three-hole punched and bound by two brads only – top and bottom left margins. Judges are looking for excellence in craft including plot and character development, visual storytelling, attention to format and an overall compelling narrative.

The Holle Award for Excellence in Sports Media is awarded annually to any undergraduate student, both nationally and internationally, working on sport and social issue-related projects. Nominated artifacts could be submitted in many manners, but must be consumable in 10 minutes or less. Options include (but are not limited to) long-form sports journalism writings, documentary sport films, single-issue public relations campaigns, development of useful mobile applications or web-based interactive content. However, the common thread would be the betterment or knowledge of a social issue in the context sport in society.