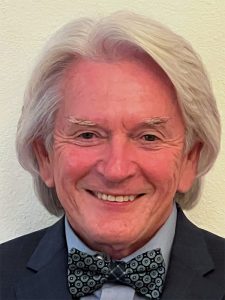 Dr. Frank M. Thompson Jr. is an award-winning former professor and director of The University of Alabama Forensic Council. Thompson began his career at UA in 1980 as an instructor in the College of Communication and Information Sciences (C&IS) while completing his doctorate in the College of Education. For the next 33 years, he would become one of the most successful forensics coaches in the nation and an integral member of the C&IS faculty.

From the time he first began directing the Alabama Forensic Council, the program achieved remarkable success, including more than 6,500 regional awards, 800 national awards and 100 national championships in individual events. Thompson brought notable visibility to the program by creating and hosting forensic tournaments on campus, including the Crimson Classic College Forensic Tournament and the Hall of Fame High School Forensic Tournament, as well as DSR-TKA and AFANIET district and national tournaments. These tournaments provided learning opportunities for both undergraduate and graduate students, recruitment opportunities for the College and promotional opportunities for the University as a whole.

Thompson retired from The University of Alabama as a Professor Emeritus in 2011. He resides in Gulf Shores, Alabama.