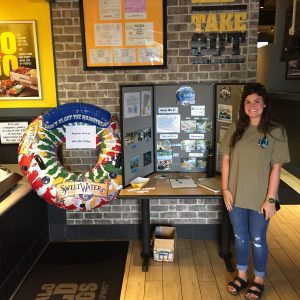 Two C&IS students will be using their communication skills in the field of water conservation as beneficiaries of the Curtis and Edith Munson Foundation this summer. Hope Runyan (left) will be working with Black Warrior Riverkeeper, and Megan Perkins (below) with Freshwater Land Trust.

Each student will work in a nine-week internship at each of their respective locations, during which they will write blog posts, plan social media content, write press releases and attempt to grow the audience of their posts.

“A lot of the audience for Black Warrior Riverkeeper is based out of Birmingham, which is surprising,” said Runyan. “So, a lot of the work that I will be doing will be to try and grow the Tuscaloosa audience.”

At the end of the Summer, they will supply their supervisors with a binder, showcasing a complete summary of the work they have done and the measurable effects it has had. 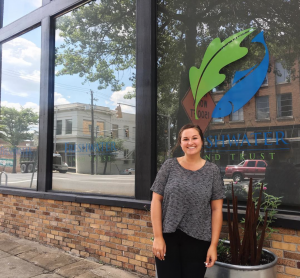 “A lot of the leadership roles I am in here at C&IS often have me supervising projects,” said Perkins. “Now, I will be the one going back to the basics, creating the tactics for the client and managing the whole campaign.”

“I haven not taken any non-profit courses yet, so I am excited to see how that sector works,” said Perkins, “Doing consumer work is awesome, but there is such an added value doing something that touches people’s lives and helps them.”

The Curtis and Edith Munson Foundation is a philanthropic foundation which provides grant money aimed at the conservation of natural resources in eastern North America and the Caribbean Basin, with an emphasis on the United States. The foundation typically grants money to the following areas: marine resource conservation and management with priority to fisheries, South Florida ecosystems, and Alabama environmental issues.