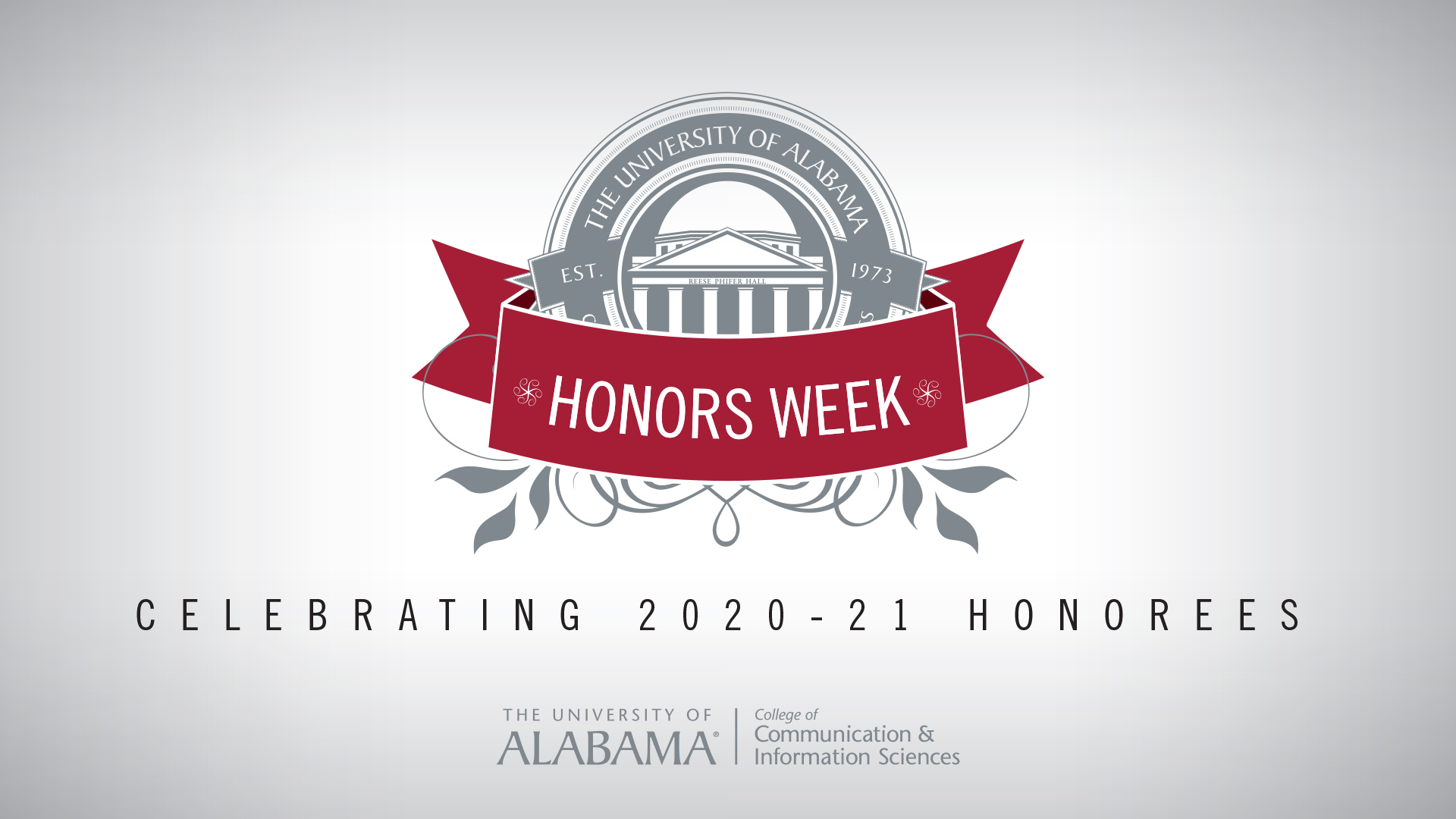 Honors Day is a time-honored tradition on The University of Alabama campus and within the College of Communication and Information Sciences. As the academic year comes to an end, we are pleased to honor each of these outstanding award recipients. The achievements and successes of our alumni and friends inspire us all to strive for the extraordinary in everything we do. 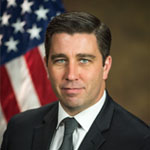 Stephen E. Boyd is a senior government official who has served as an Assistant Attorney General of the United States, as well as a Chief of Staff in both the Senate and the House of Representatives. During his 16 years of public service in the nation’s capital, Boyd has navigated Washington’s legal, political and media circles to effectively advocate for policies that promote American security and prosperity.

Boyd currently serves as Chief of Staff to U.S. Senator Tuberville, a member of the Senate Committee on Armed Services. Boyd manages the Senator’s staff and serves as his top advisor. His areas of interest include national security, intelligence and space policy.

Boyd previously served as a Presidentially appointed and Senate-confirmed Assistant Attorney General at the Department of Justice, acting as the law enforcement agency’s top liaison to Congress. At the Department, Boyd advocated for a legislative agenda to fight transnational criminal organizations, violent gun crimes, drug trafficking, human exploitation, and foreign intelligence operations. Working closely with the leaders of the FBI, ATF and DEA, Boyd was the point man for responding to a number of sensitive Congressional oversight investigations.

Boyd, a native of Vestavia Hills, earned a B.A. from the College of Communication & Information Sciences at The University of Alabama and a J.D. from the School of Law. Boyd lives in Washington with his wife, Brecke. 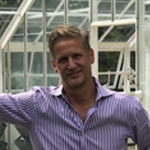 Ward Simmons is the current Vice President of Baccarat North America, a manufacturer of fine crystal. Known for his ability to make the connection, Ward has modernized the Baccarat brand with unique collaborations with Lexus, Woodford Reserve, Supreme, The YouTube Awards, designer Virgil Abloh, the Rolling Stones, The Kentucky Derby and most recently, Martha Stewart.

Prior to joining Baccarat, Simmons served as Vice President of Marketing, Public Relations, Advertising and Visual for HUGO BOSS, The Americas. During his seven years at HUGO BOSS, Ward restructured the entire Marketing and Visual Departments to fit the needs of the business. With offices in New York, Toronto, Mexico City and Sao Paulo, he spoke and created strategies in four languages and grew the annual sales from $250 million to $1 billion.

Simmons began his career at 19 with Ralph Lauren. By age 30, he was responsible for 217 Ralph Lauren employees, 17 direct reports and $46 million in sales in the highest profile store in the world.

Simmons holds bachelor’s degree from The University of Alabama College of Communication and Information Sciences. He is also the recipient of the Humanitarian Award from amfAR, Event Chairman for Broadway in South Africa, Board Member of Athlete Ally, Member of First Presbyterian Church, A Farmer in Kentucky as a side job, and was a Sigma Chi at The University of Alabama in his five years at the Capstone. 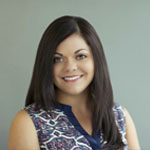 Shelly Hiatt-Saboorian is the Vice President and Account Director of 22squared, an employee-owned creative company based in Atlanta, Georgia. She prides herself on establishing strong client relationships at the beginning of any project, and she is driven by strategic vision, analytical thinking and a strong desire to help brands inspire positive change in the world.

From national retail to local nonprofits, Hiatt-Saboorian has had the opportunity to work with some of the nation’s best agencies and strongest brands, including accounts for AT&T Wireless, Shoe Carnival, SunTrust and Shark/Ninja.

Hiatt-Saboorian is a 2007 graduate of The University of Alabama, where she was president of the UA Advertising Federation, an Account Director and Speaker in the Ad Team Student Competition. She is driven by her huge passion for the creative process, ideas that make our planet a better place, traveling, learning how to be a new working mom to a precious baby girl and making the most of every opportunity. 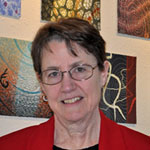 Dr. Cathleen A. Baker is an author and professor as well as the founder and operator of The Legacy Press, a commercial printing press which focuses on new research in the history and technologies of the printing, papermaking, and bookbinding arts. Since 2007, The Legacy Press has published 27 titles and has another 15 books in the works.

Baker is the recipient of numerous awards and honors, including the American Institute for Conservation’s (AIC) Excellence in Conservation Publication award (2012), the AIC Caroline and Sheldon Keck Award for Excellence in Conservation Teaching award (2012), the Guild of Book Workers Lifetime Achievement Award (2018) and induction into the Hall of Papermaking Champions by members of the Hand Papermakers of North America (2020). Baker retired in 2016 but still runs The Legacy Press in her home of Ann Arbor, Michigan. 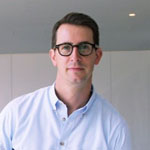 Carlisle Campbell is Vice President of Corporate Communications at Capital One, where he focuses on building out influencer engagement strategies that build strategic partnerships for product launches and at the enterprise level. Additionally, he strives to elevate the ability of his team to think like analysts and translate PR results into qualitative metrics that demonstrate valuable business impact.

He has extensive experience developing and leading strategic communication programs designed to create brand awareness, drive consumer engagement and impact business goals. Before joining Capital One, Campbell spent a decade at Ketchum Public Relations where he led teams supporting brands including The Clorox Company, The Hershey Company, and DoubleTree by Hilton.

Campbell received his bachelor’s degree in communication studies from The University of Alabama in 2002 and his Master of Business Administration from the University of Maryland in 2011. He and his wife, Katie, live in Alexandria, Virginia with their three children. 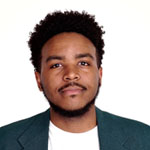 Daniel Barnes is a Development Executive in Los Angeles, California at Cloudco Entertainment, an entertainment studio with a wide range of properties including Care Bears, Madballs and Holly Hobbie. Born and raised in Huntsville, Alabama, he graduated from The University of Alabama in 2014 with a degree in Telecommunication and Film with a concentration In Media Production. During his senior year, he was selected as the Children’s Development and Programming Intern for the highly competitive and prestigious Television Academy Foundation Internship Program which launched his career in Children’s and Family entertainment.

Barnes has worked on some of the biggest children’s entertainment brands, including My Little Pony, Transformers, Dino Dana, Blippi, Cocomelon and the Care Bears while working at major studios such as Hasbro Studios, Amazon Studios and Moonbug Entertainment. 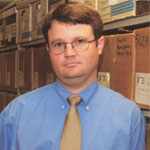 Jim Baggett has worked for more than 20 years as Head of the Birmingham Public Library Archives and Archivist for the City of Birmingham. He has served as president of the Society of Alabama Archivists, Chair of the Jefferson County Historical Commission, and on numerous boards. Jim has lectured and presented conference papers throughout the U.S. and in Europe and has been featured on Alabama Public Television, Alabama Public Radio, National Public Radio, and CSPAN. He is a 1997 graduate of The University of Alabama.

As an archival librarian, he has mentored future librarians and archivists and directed more than 50 internships. He has authored or edited five books on Birmingham and Alabama history and has written articles on archival preservation and Alabama history for various Alabama publications. He currently writes a regular book review column for the online news site BirminghamWatch.com.

Jim met his wife, Marci in library school. Their daughter, Jane Ann is now a freshman in the College of Communication and Information Sciences at The University of Alabama. They live in Birmingham and Mentone, Alabama. 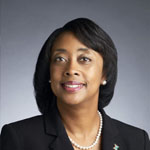 Dr. Tonjanita Johnson serves as Senior Vice Chancellor for Academic and Student Affairs for The University of Alabama System (UAS) and is the primary system liaison to academic, student, institutional research and planning, and diversity and inclusion officials at UA, UAB and UAH.

Prior to joining the UAS leadership team, Johnson served as executive vice president and chief operating officer for the University of Tennessee System, based in Knoxville where she had executive oversight of several system-level offices and processes. Johnson is twice a graduate of The University of Alabama, earning her bachelor’s in mass communication 1991 and her master’s degree in mass communication in 1996.

A proud native of Butler, Alabama, Johnson and her husband, Tony, live in Tuscaloosa and have a daughter, T’Anna Gabrielle, who is a sophomore at The American University of Paris in France. 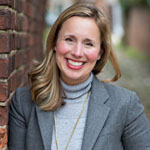 Campbell has spent most of her career helping to shape public policy through her work for various political organizations and both the United States Senate and House of Representatives. A native of Montevallo, Alabama, Campbell received her bachelor’s degree in public relations from The University of Alabama in 2004 and her master’s in public policy from Georgetown University in 2006.

She and her husband, Carlisle, live in Alexandria, Virginia with their three children.